← more from
Sharawaji Records
Get fresh music recommendations delivered to your inbox every Friday.

from Studio Surf Styles Vol​.​1 Hodads Hang 10! by The Syndicate of Surf 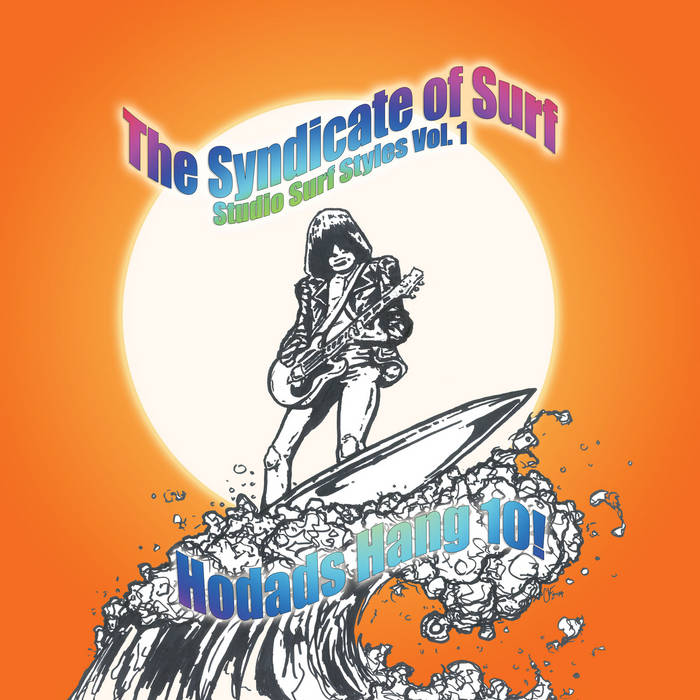 Kahuna Cole Sittin' on my fiberglass rocket waiting for the next set of waves to hump up!! Anxiously awaiting that freak monster set to roll through!!

The first surf original that I recorded. A very basic Peter Gunn style song - there's a million of them in the surf world. Since it was a bossa nova I studied those to get the off beat bossa part. So it was a good time to get the dreaded 'drum solo' off my chest. Mine starts out with Wipe out goes into Inna Gadda DaVida and then after I wander about the toms for a bit ends with the break from Born to be Wild which is the most overlooked solo in drumming. Straight to the point and about 2.5 seconds long. The first Steppenwolf album has great drumming on it - I would play Sookie Sookie forever when I was a kid.

The Syndicate of Surf Ohio

The Rock Muse was the mother that Lester Bangs rolled and became it's surrogate father.

Lightning struck in the form of The Atlantics 'Flight of the Surf Guitar'. The Syndicate stirred, listened, absorbed, and a year later, roared it's own roar. ... more

Bandcamp Daily  your guide to the world of Bandcamp